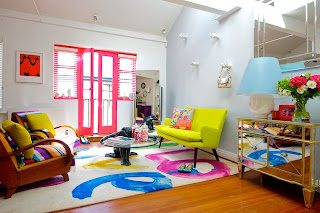 When I hear the words ‘designer fashion sale,’ it makes me feel a little hysterical. I know that a visit to such a gala will make me giddy with longing for the beautifully styled couture on display from brands like Prada, Alexander McQueen, and Vivienne Westwood, but I will come back from the sale empty-handed and spouting Marxist theory about the general awfulness of the capitalist machinery, and how we are all just brain-washed by the fashion world.
The online store Chic&Seek may be an answer to my woes. The second-hand designer-wear is cherry picked by the founder Tara Nash-King and is a mix of the uber chic with the cheeky urban. You are just as likely to find an unusual Burberry number with a renaissance counter-image embedded in it (£175), as you are to discover a frivolous bit of Bon Point fur ($65), or a Diane von Furstenberg geometric-patterned silk shirt (£100). You can either be a modern fashionista and shop online, or if you can’t bear not to touch and feel and smell the clothes, then you can make an appointment to check out the one-of-a-kind pieces.
Nash-King admits that the idea for the website and home-grown business came out of a dissatisfaction with ebay. Her early vision was to create a store that displayed the clothes in quite a standard way, but then after a small launch party in her home became a major hit with her friends, she turned her home into a store which could show off her choice ware to advantage. Nash-King graduated with a degree in Sociology, and later worked for Anya Hindmarch, who she calls an inspiration. The jazzy colours and style of Hindmarch’s online store have treacled their way into Chic&Seek.
“The prices are between 50-80% off the retail prices,” says Nash-King. “I know they are still high, but if you are used to designer prices, they are also fair. Each week new pieces are allocated to the Make an Offer section. You can email a secret bid for pieces in this section and grab yourself a real bargain.” Nash-King is busy organizing a giant pop-up sale on March 16 at the 20th Century Theatre in Westbourne Grove to raise money for The Rugby Portobello Trust. This event will host more than thirty stalls, and will feature quirky events like a tarot reading and a Proseco bar in the evening. Go anytime between 10am and 8pm to check it out. 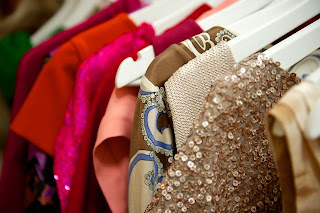 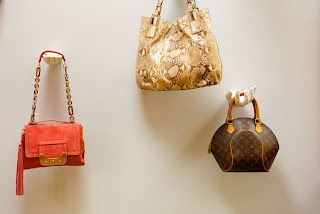