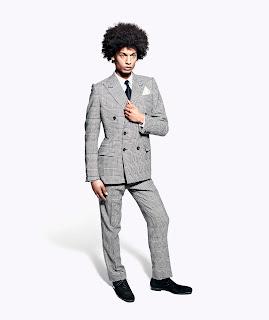 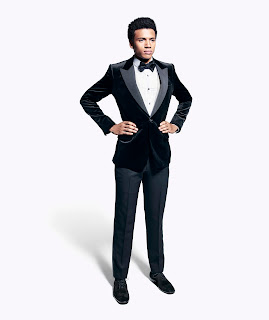 It was the arbiter of Regency men’s fashion – Beau Brummel (1778-1840) – that recommended that men’s boots should be polished with champagne and a man should take no less than five hours a day to get dressed. Though Brummel is accused of dandyism, the truth is that he was not a man to favour poppies on his China-silk waistcoat or heliotrope stripes on his peach-coloured britches. No. Brummel’s style was understated. Dark coats, full-length trousers, pristine shirts and a gloriously cascading cravat. Okay, maybe that explains the five hours a day spent in front of a mirror…

Beau Brummel is a nineteenth-century pop-culture icon. He appears in novels by Georgette Heyer, T. Coraghessan Boyle and Arthur Conan Doyle, and he stars in his very own detective series by Rosemary Stevens. Forget fragrance lines by J. Lo. and Nina Ricci. Brummel has his very own rhododendron: the Rhododendron Beau Brummel (does what it says on the tin, I guess). Unapologetically blooming, with what is referred to in gardening circles as a “ball-shaped truss,” the scarlet blossom was hybridized in 1934. Brummel has also inspired a watch, a poem, a line in a musical (Andrew Lloyd Webber’s Cats), and a Billy Joel song.

So, why am I going on about Beau Brummel? Men like Brummel and others of the dandy set, favoured tailors on Savile Row, a street of gentlemen’s fashions in Mayfair that now includes none other than Alexander McQueen – the newbie in bespoke menswear. Savile Row is home to bespoke. Bespoke means clothing that will “be spoken for” by individual customers, so that you get clothing tailored to your style and fit and – from a tailor worth his or her mite – for your personality. Says Sarah Burton of this new move, “It feels like a homecoming.” She says that McQueen started as an apprentice on Savile Row and always wanted to open a flagship store there.

The label has collaborated with Huntsman to produce a Prince of Wales check trouser-suit and a black cashmere overcoat for their first collection. Of course, it wouldn’t be McQueen if the collection didn’t have a sense of pastiche to spice various McQueen paraphernalia – horns and wings and skulls – that grace the premises. Victorian influences include looks that range from dandy to gamekeeper, lord of the castle to various military references. The premiere collection launches in October 2012, and will be showcased in a menswear show in January.