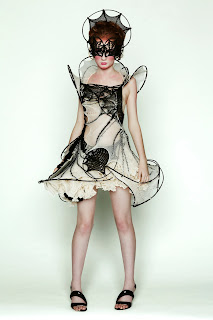 If you want to know what a mating of Yohji Yamamoto’s theatrical deconstructions with Biba’s retro-chic would look like, check out Ada Zanditon’s Sp/Su 2012 collection Poseisus. But Zanditon’s collection goes far beyond this improbable mating to bring in the added element of sea horses. Yes, I said sea horses. Odd, elfin creatures called the Short Snouted Seahorse and the Spiny Seahorse that can be found in the Thames give the collection an underwater, mermaid-like feel, and create structures using one of Zanditon’s pet techniques – bio-mimicry.
Bio mimicry creates human-made structures, and aims to find solutions to human-created problems, by mimicking biological processes found in nature. This gives Zanditon’s work an intensely organic feel. The fabrics in Sp/Su 2012 look as if they have a life of their own. As if the print is nestled in the fabric, rather than imprinted on to it. An off-shoulder monochromatic dress with this under-the-sea feel could well be worn to a nightclub, but look again. A white fin flaps down from the waist and deconstructs the Friday-night-on-the-town feel of the dress. In other numbers, splashes of fuchsia bring to life swathes of white chiffon that Aphrodite would happily wear for her emergence from the sea.
Zanditon is an out and out Londoner. Having trained at the London College of Fashion, she quickly made her way on to London Fashion Week schedules, and is at the moment busy preparing for London Fashion Week in February, 2012. Each of her collections starts with a scientific or architectural concept. The Sp/Su 2011 collection titled Pyramora was inspired by Egyptian pyramids and threatened coral reefs of the Red Sea. Geometric shapes – and we saw a lot of those in 2011 – and bronze pillars create sculptural sheaths, with organic corals sprouting from the shoulders, or growing all the way down the front of the dress. Over a cup of Fairtrade tea, Zanditon’s favourite topics for conversation may well be the bacteria found in Arctic ice and nature’s favourite processes of evolution.
But Zanditon is not just a cerebral chick. She is attempting to put her money where her heart is – in finding sustainable and ethical ways of making her art. She has been awarded the Ethical Fashion Forum Award for her commitment to eco-friendly fashion, and a British Fashion Council eco-fashion mentoring fellowship. She supports charitable causes like The Seahorse Trust and The Bat Conservation Trust, and is a member of the Fairtrade Collective. To take it further, all her consciously-sourced fabrics use dyes that are free of cancer-causing AZO.
Check out her creations at www.adazanditon.com, as Zanditon works hard at creating art while preserving the bio-diversity that is constantly under threat on our planet.
Article upcoming in The London Word 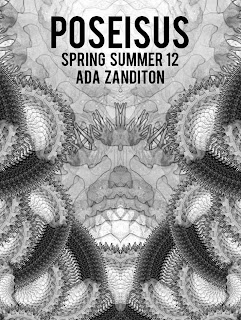 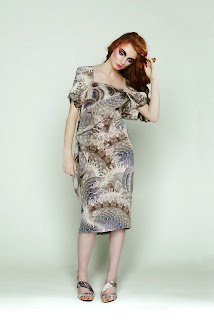 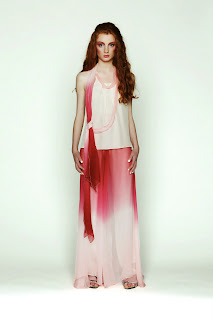 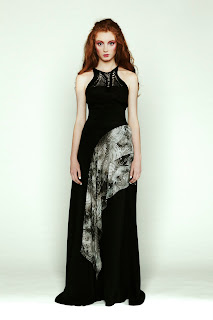