Published on The London Word
http://www.thelondonword.com/2012/04/odd-fashion-collaborations-for-2012/

If Snoop Dogg can jive with a resurrected Tupac, really, anything is possible. Cook up any kind of wild pairing, and it seems that 2012 will deliver. First, it was fashion power house Missoni with Target. Then Karl Lagerfeld landed in Net-a-Porter. Now it is Marni and H&M. How can this be, you say! Is the world going mad? Couture lines – hit by the recession – opening their arms and legs to the highest bidder? High street brands laughing silently at their good luck! Whatever next? Primark and Dior? Urban Outfitters with the Queen? Chocolate ice-cream with wasabi…oh, wait, I think that one’s been done already…

July 2012: Yayoi Kusama ♥ Louis Vuitton
So, talking of the Queen, 82-year-old Yayoi Kusama has polka-dotted all over Louis Vuitton’s leather goods, accessories and jewellery this year, to launch a new frothy line that is quintessentially Kusama and yet follows the business acumen of Marc Jacobs. Following on the Young Arts Project (launched in 2010 to give underprivileged youngsters in London a peep into the arts community) and Kusama’s Tate exhibition – both sponsored by Louis Vuitton – the line will be available in stores this summer.

May 2012: Dr. Martens ♥ Liberty
The wild-nature trend of 2012 is clearly having an adhesive effect. Even Dr. Martens – who surely invented androgyny in granny boots – have gone a little floral. This year, they’ve paired up with the mommy of Oxford Street fashion houses – Liberty – to produce a range of baroque-style shoes and satchels. Prints called “Strawberry Thief” and “Martens Flower” bring a carnival air to their classic 3-hole and 8-hole boots. The collaboration hits Liberty shelves on Labour Day.

March 2012: Marni ♥ H&M
When H&M launched their blink-and-you’ve-missed-it Marni line back in March, they gave shoppers wrist bands for strictly policed shopping slots. Twenty excited shoppers were allowed into the Regent Street flagship store at one time – no matter if they had been camping outside since 9pm the previous night – and each had no more than ten minutes to dash in and grab whatever they could find. The hysteria on British and Ireland’s Top Model when girls are let loose at a chippie’s has nothing on the mayhem that ensued. The preppie blazers and spotty frocks were sold out by that afternoon – only to reappear hours later on ebay.

January 2012: Karl Lagerfeld ♥ Net-a-Porter
Net-a-Porter – the giant of online retail – went a little Battlestar Gallactica on us this January when it opened its doors to Karl Lagerfeld. It was skewed silver jackets, S&M-style chokers and fingerless leather gloves all the way as the Chanel designer launched his ready-to-wear collection. Eager fashionistas dressed all in black for the day (including oversized dark sunglasses, despite the cloud cover) and waited hungrily in Covent Garden for the launch.

So, that takes us till the summer. As we already know, Stella McCartney has designs on the London Olympics this year. And we’ll just have to wait and see what the rest of the year will bring. 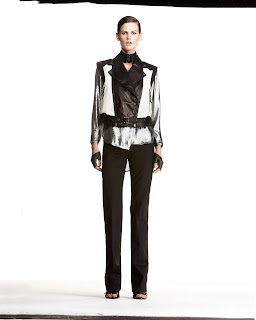 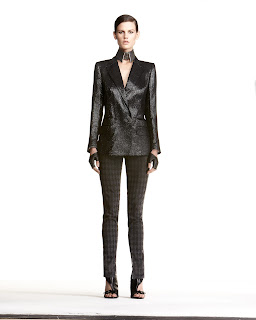