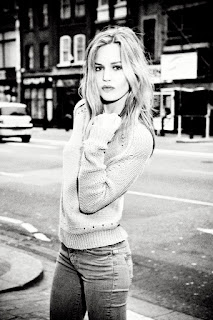 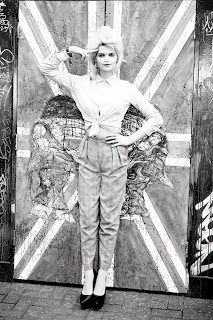 I’m going to go out on a limb here and say that ethical fashion, in all its avatars, will become more and more important around the world in the coming years, as we come to terms with the consequences of our choices. When it was just sweatshops that were the problem, a lot of us could turn a blind eye. If it doesn’t happen here or to you, but in a land far, far away, it’s easier to ignore. If a tree falls in a forest, and there’s no one there to see it, etc…But we are now facing recession (a second recession, though I can’t remember when the first one finished. But maybe I was too busy trying to balance my cheque book.) We are also looking at catastrophic climate change. And if none of this seems like an immediate problem, heck, fashion prices should be enough to make us hyperventilate.

I’ll confess. I like clothes. Kooky colours, prints put together in some odd couplings, the sheen of silk, a riot of flowers – it’s all intoxicating. But the stories behind the clothes – the below-minimum wage paid to workers, the children that have no choice but to sweat away at the loom, the hundreds of thousands that celebrities pay for a diamond-studded sandal to walk the red carpet, the awful working conditions of labourers that will never in a million years be able to afford the buttons they are sewing on – it’s depressing. As Marx said, capitalism is a vampire, and can only survive by sucking on living labour.

So, when I hear about anything to do with ethical fashion, I feel just a little bit better about my love for fashion. Whether it’s Edun – the collaboration between Ali Hewson and Bono that promotes fair trade partnerships with Kenya and Uganda, or a pairing of M&S with Oxfam to encourage people to recycle clothes, or a commitment to local production and sustainable practices by indie brands like Beyond Skin shoes – it’s all good, and I’m hoping, it is more than just a celebrity fad.

And now here’s another way to show a commitment to charitable causes. Fashion Targets Breast Cancer is an endeavour set up by Ralph Lauren in 1994 after he lost a close friend to the horrible c-word. Since then, celebs like Elle Macpherson, Twiggy, Naomi Campbell, Kylie Minogue have given their face and their time to the campaign. Brands like M&S, River Island, Topshop, Warehouse, Coast, My Wardrobe, Laura Ashley, Debenhams and others sell bespoke pieces for the project every year, with at least 30% of the proceeds going to Breakthrough Breast Cancer.

“Buy it, Fight it,” say posters of Georgia May Jagger and Pixie Geldof, who are fronting the campaign this year. Look out for these denim-clad ladies in their street-chic during your early morning commute. This year’s offerings include jazzy festival wear – think woven bracelets and imprinted t-shirts, and one-shoulder dresses, fascinators and teapots for a royal theme. All very apropos for the Diamond Jubilee summer season.

Article published on The London Word http://www.thelondonword.com/2012/05/fashion-targets-breast-cancer/
Posted by Amita Murray at 04:18