The Joys of Spring 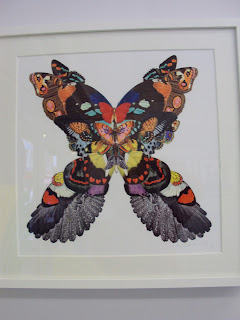 Joys of Spring is an Outline Editions exhibition of prints on Berwick Street. 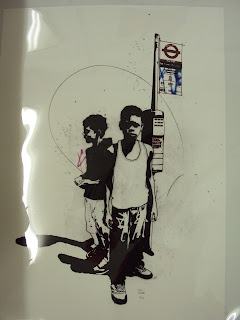 It features works by Beyond the Valley designers, David Foldvari, Morag Myerscough from the London Design Festival, Emily Forgot, and others. 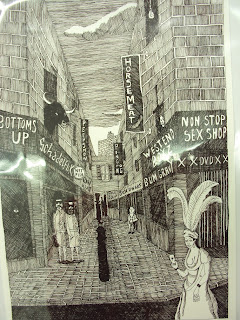 “ born, bred, then I die, then I’m dead,” reads Morag Myerscough’s photographic print of a woman in a polka-dot dress, black tights and white trainers, who is peering through a shop window at a summary of her own life. Featured in the V&A’s 2009 London Design Festival, this print is a part of an exhibition of spring-themed prints on display in Outline Editions’ The Joys of Spring. A lecturer at ’s, Myerscough describes herself as a label-hating gal who likes to cause outrage.
Another featured artist with little charity for labels – the ones people stamp on us, and the ones in which we confine ourselves – is David Foldvari. He creates prints of personalities as widely divergent as Mickey Mouse and the turbaned Indian Prime Minister Manmohan Singh, caught in moments of freedom or constraint, release or crippling debt. In one print, a red-breasted robin sits at a crossroads, looking hopefully away from the road signs that point to rain, wind and misery. On his blog, Foldvari warns design students to stop looking at him for inspiration, and to look, instead, at their personal and cultural history.
Many of the featured artists turn for inspiration to an idiosyncratic and glorious interpretation of nature. The Beyond the Valley series of prints and clothes showcases richly-plumed birds, four-headed lions, and two-necked peacocks that could be the result of a nuclear experiment gone horribly wrong, or an absinthe-generated midsummer night’s dream. Another print, though, turns to less otherworldly locales. In a black-and-white sketch, a woman displaying an expanse of décolletage, and adorned with ostrich feathers, waits on the periphery of an area that could be . The neon signs invite the clientele to delve into the delights of a non-stop sex shop, bum gravy, horsemeat and a sex dwarf. 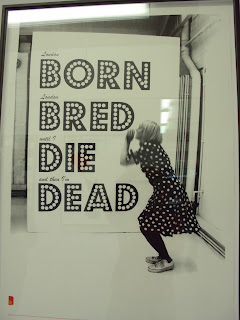 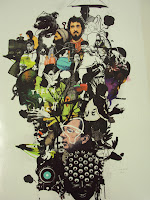