If you think watercolour is too airy-fairy for your tastes, and when you look at a contemporary watercolour you can’t tell if there is a painter behind it, or if someone had an accident with the beaker of water in which they clean their paint rag, well, think again.
One of the stars of this extensive exhibition is none other than Pre-Raphaelite Edward Burne-Jones. While Burne-Jones’s artistry in the bedroom never reached the lore of Dante Gabriel Rossetti’s, and his paintings don’t have the ravenous passions of his idol’s, Burne-Jones’s Clerk Saunders (1861) reveals Rossetti’s influence. Painted (though you wouldn’t believe it) with watercolour and gum arabic, the picture relishes browns and reds to display a relationship between two women that seems based on smouldering desire and crippling repulsion. The women may be two entities or alter egos, and bring to life the classic Pre-Raphaelite model – red-haired, other-worldly, melancholic, and fatally consumptive. Other contemporaries like Rossetti and John Ruskin feature in the exhibition.
Tate Britain brings together paintings that span the last eight hundred years of watercolour – a fiddly, time-consuming medium that has been used to illustrate new species, maps, manuscripts, moods, and exotic locations. Walking around the exhibition, it is just as likely that you will bump into a detailed and precise illustration simply titled Figs (by Jacques le Meyne de Morgues, from the sixteenth century) as you are to stumble across a decadent fantasy titled Hhareem Life, by John Frederick Lewis (1857), a man who would certainly never have been allowed inside a harem in all his years living in Cairo.
In the early nineteenth century, watercolourists decided they had had enough of the art world’s oil snobbery, and launched the Society of Painters in Water Colours and the New Society, to proclaim their equal standing as artists. 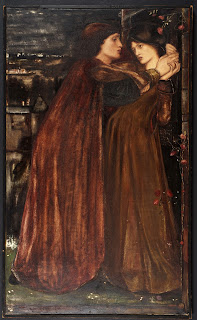 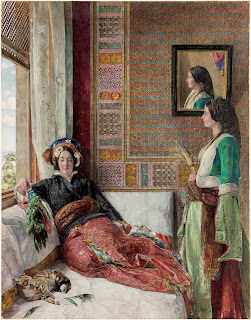