The Cult of Beauty: The Pursuit of Pleasure


I can’t get enough of Pre-Raphaelite art, or maybe it is their relentless pursuit of beauty and sensuality for their own sake, and pleasure in all things decadent (with a dash of addiction and paranoia thrown in for good measure) that is so intoxicating. The Victoria and Albert’s delicious collection of art from the Aesthetic Movement (1860-1900) reunites paintings from the second wave of the Brotherhood, which included Dante Gabriel Rossetti, William Morris, and Edward Burne-Jones, with writers Oscar Wilde, and Algernon Swinburne whose poems were often inspired by paintings like Rosseti’s The Blue Closet (1857), and furniture by artists like Edward William Godwin.
Having faced all kinds of controversy in the 1850s about their art and their morals (or lack thereof), and the blinding rivalry and incestuous sharing of models within the group, the Pre-Raphaelite Brotherhood in its first avatar had petered out, and given way to this second group. This group shared many of the concerns of the first, and their goals and aims were in tandem with many other artists and intellectuals of the second half of the nineteenth century - to produce art that was free of pious moralizing and prudery, to create work that was not based on narrative, classic texts, commercialism, materialism or the ugliness of the Industrial Revolution and the Great Exhibitions, to follow and worship nature and feeling in their art, and to live life by those same ideals. The Brotherhood was interested in the form of a painting, rather than its narrative, and synasthesia was a common goal.
In 1862, Rossetti’s set congregated in Tudor House, Chelsea, like bees swarming around a pot of honey. They painted a bevy of flame-haired women, some pale-faced and consumptive, with an unconventional beauty that was enticingly out of reach – using models who looked like Lizzie Siddal, who died in 1862 of an overdose of laudanum, before Rossetti moved to Chelsea; and others who were riper and earthier, like Jane Morris, another of Rosseti’s obsessions, albeit married to one of his cronies. Not everyone in the set was in a single-minded quest for notches on their bedpost, however, or in helping models make the smooth transition from artist’s studio to bedchamber. Frederic Leighton’s black-haired Pavonia (1858-9) is an exquisite oil of a woman framed with peacock feathers, who he paints with haunting devotion and clinical detachment. A portrait of his favourite muse Nanna Risi, the painting communicates the movement's ideals of feminine beauty and sensuality, and indeed, peacock feathers.
Punch cartoonist George du Maurier satirized this heedless pursuit of pleasure. He found the Movement’s penchant for blue-and-white china, Japanese screens and ceramics, sun flowers and peacock feathers to be especially worthy of ridicule. Critics of the movement derided the main followers as aesthetes, dandies, people with no control, discpline, or substance, people who blindly followed ideals set by "the continent," and more locally, by Walter Pater in an infamous conclusion to his book that advocated that people live life with directness and intensity. There are links between many works of art produced in the height of the movement. Frederick Sandys's picture of an angry young woman with a trail of curly hair in her mouth (1868) inspired the poet Algernon Swinburne, an ardent follower of the ideals of the movement. Symphony in White No. 1: The White Girl (1860s) is perhaps inspired by Wilkie Collins's Woman in White. Aubrey Beardsley's The Toilet of Salome (1894) illustrated Oscar Wilde's controversial play.
The Movement was spurred by Baudelaire’s insistence on l’art pour l’art, by the literary set’s antipathy to writing literature that only inspired self-righteous moralizing, and by the ugliness of the Industrial Revolution, and it went on to inspire the Art Nouveau, Art Deco and the Art and Craft Movements. Some trace the influence of the movement in J.R.R Tokein's work. 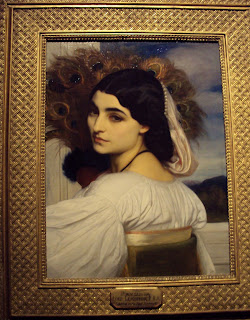 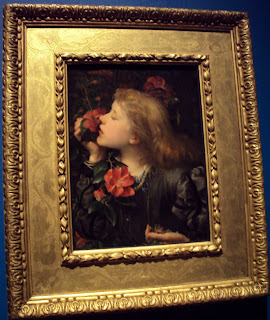 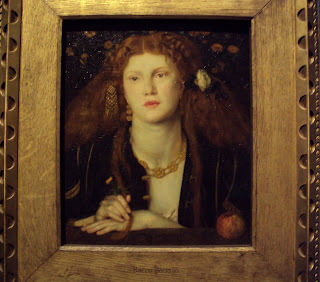 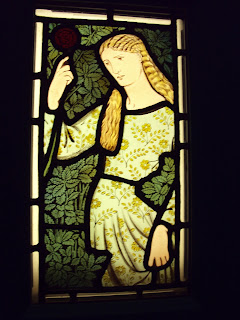